The Way We Saw It

The Way We Saw Anafi

The Cycladic Island of Anafi lies hidden east from the better-known island of Santorini (which is officially called the island of Thira) and is part of its regional unit. This is one of the lesser known Cycladic islands which does not mean it is without charm. As all of the islands, it has its own strong character and should not be missed.

It is said that the Greek god of Apollo revealed Anafi to the Argonauts to offer them shelter on their return from Colchis, in todays Georgia.

Lacking its own airport, Anafi is linked by a two-hour boat ride to Santorini and thus Piraeus, daily during the summer season. Another possibility is to board a ship in Heraklion, or Sitia, in Crete. A journey from there takes approximately four hours. Off season, things get a bit more complicated and you will see a ferry landing only every second day or so. Spontaneous travelling is therefore a bit more complicated which makes this part of the Aegean even more attractive to discoverers.

You will arrive at the Port of Anafi (Agios Nikolaos) hosting a café, a restaurant and an ATM, mostly a drive through place for travellers heading to the Chora where everything really happens. A bus meets every incoming ferry to drive the passengers to Chora for about EUR 1.50 per person. Consequently, the bus again drives back an hour before the departure of a ferry.

There are two (or three, depending on the season) businesses to rent a car or scooter in Chora, Manos or Giannis. In addition to meeting the incoming ferries, the regular bus connects Chora with the port and the main monastery four times a day (conveniently stopping at the southern beaches). A foot path connects the port to the Chora but the elevation is more than 200 meters and takes a good half an hour to 50 minutes, depending which direction you are going.

There are only a few hotels on the island and many of them are outside of the Chora, such as the Apollon Village and the Golden Beach Resort. We recommend that you should look for a guest house (such as Villa Galini or Villa Aigli) or an Airbnb in the Chora. Staying here makes everything much easier as most of the life of the island happens here. We stayed in an Airbnb and enjoyed our own breakfast on the little terrace of our apartment with stunning views on the Aegean. If you don’t fancy making your own, many of the restaurants in Chora offer decent breakfast for a fair price.

Most of the island’s restaurants are located in Chora and the choice is good enough not to need to eat in the same place for at least a week or so. Most serve traditional Greek food and a few of them caught our attention: Armenaki has a few interesting offerings with a twist, such as a Moussaka with tuna. Sounds odd but tastes wonderful! The Liotrivi serves super fresh fish, caught twice a day and exposed outside the restaurant. 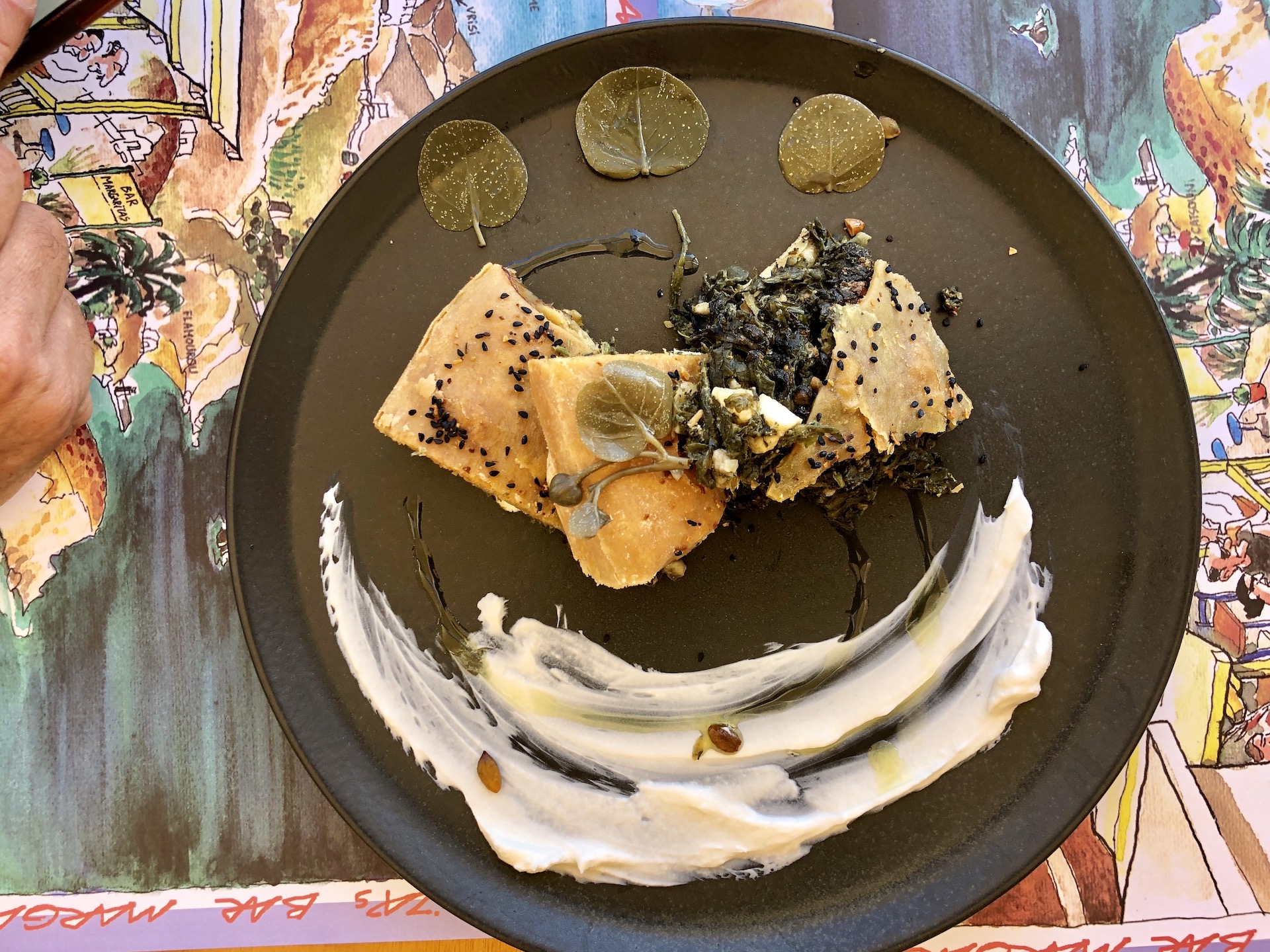 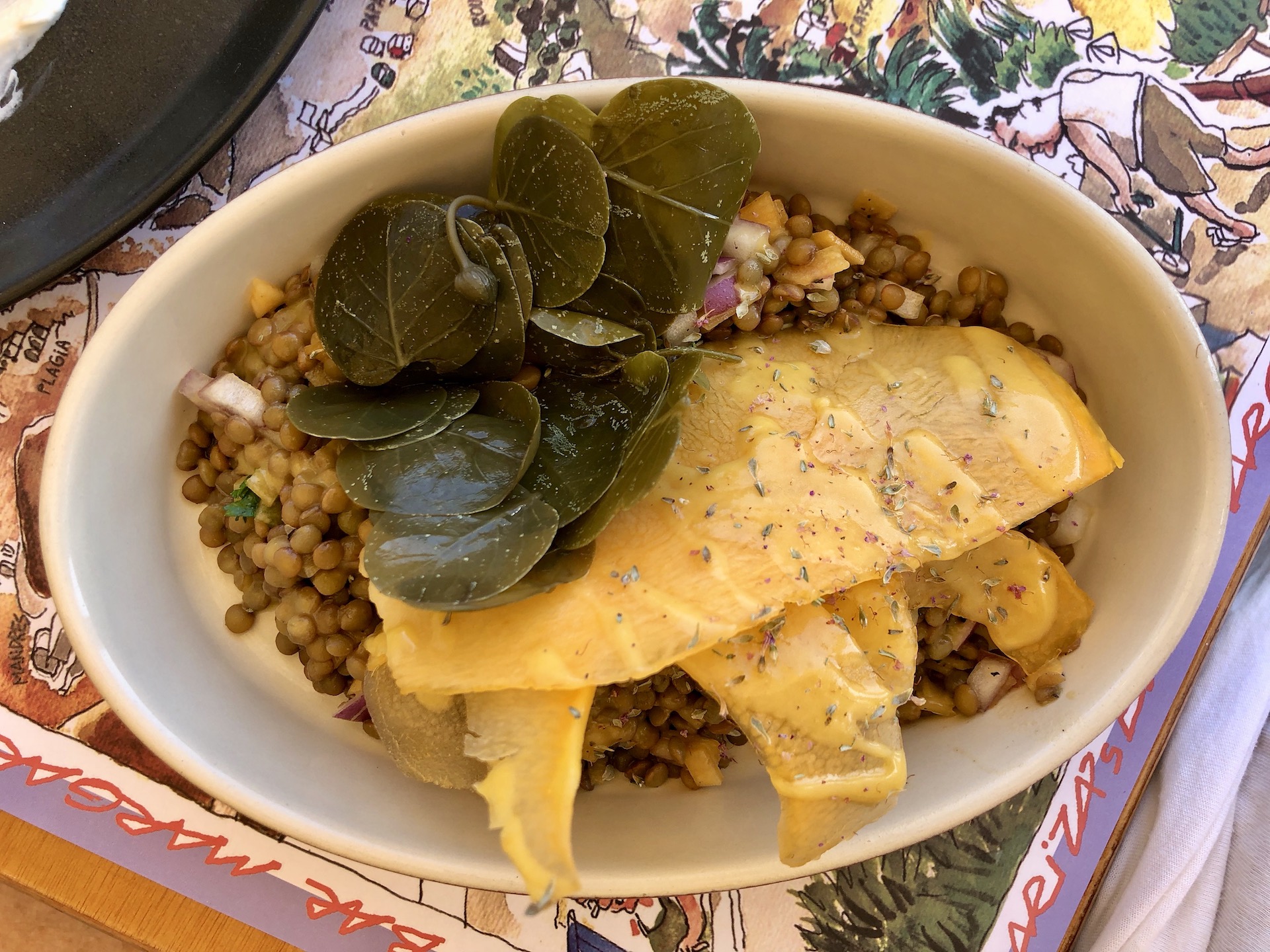 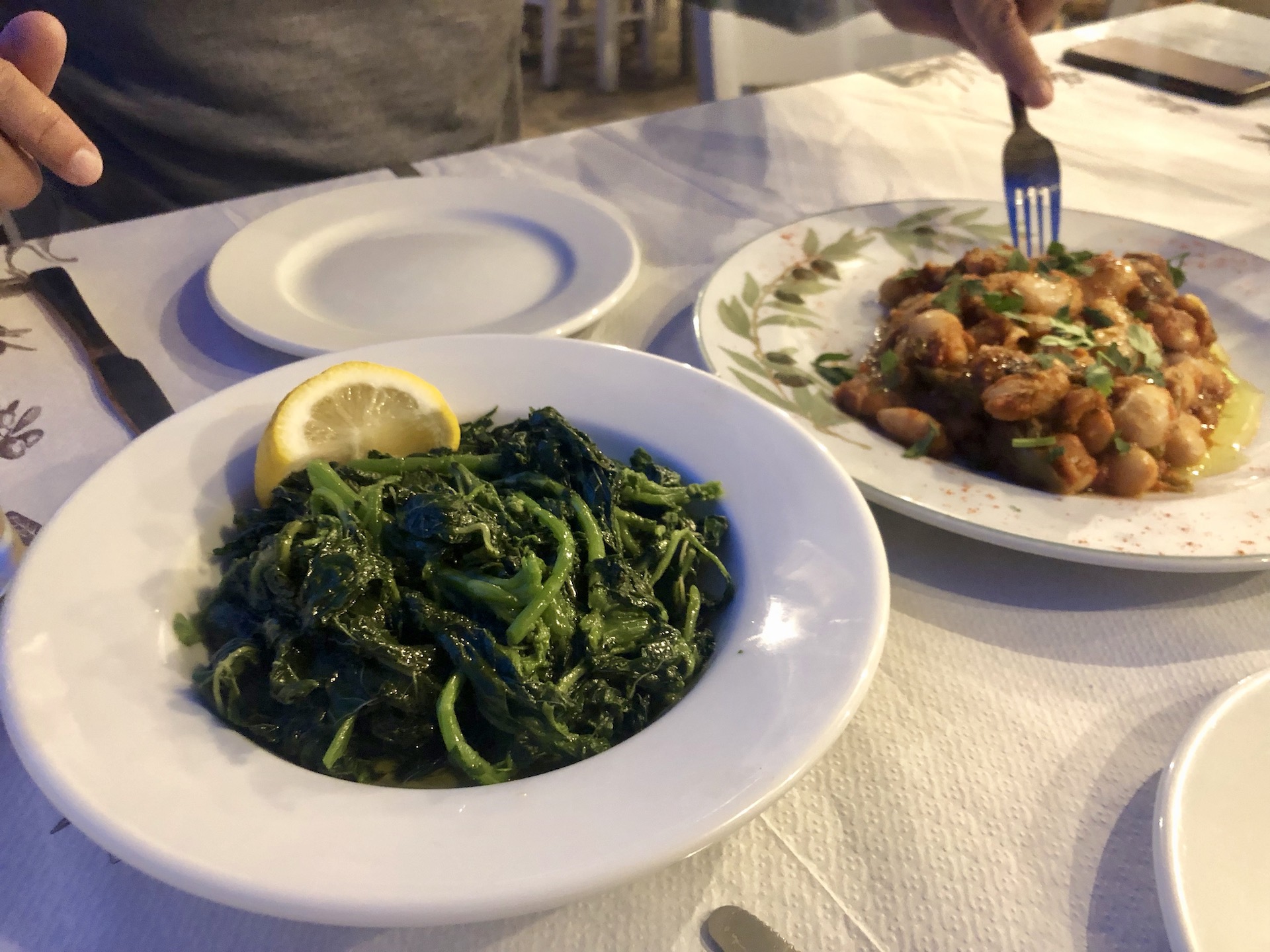 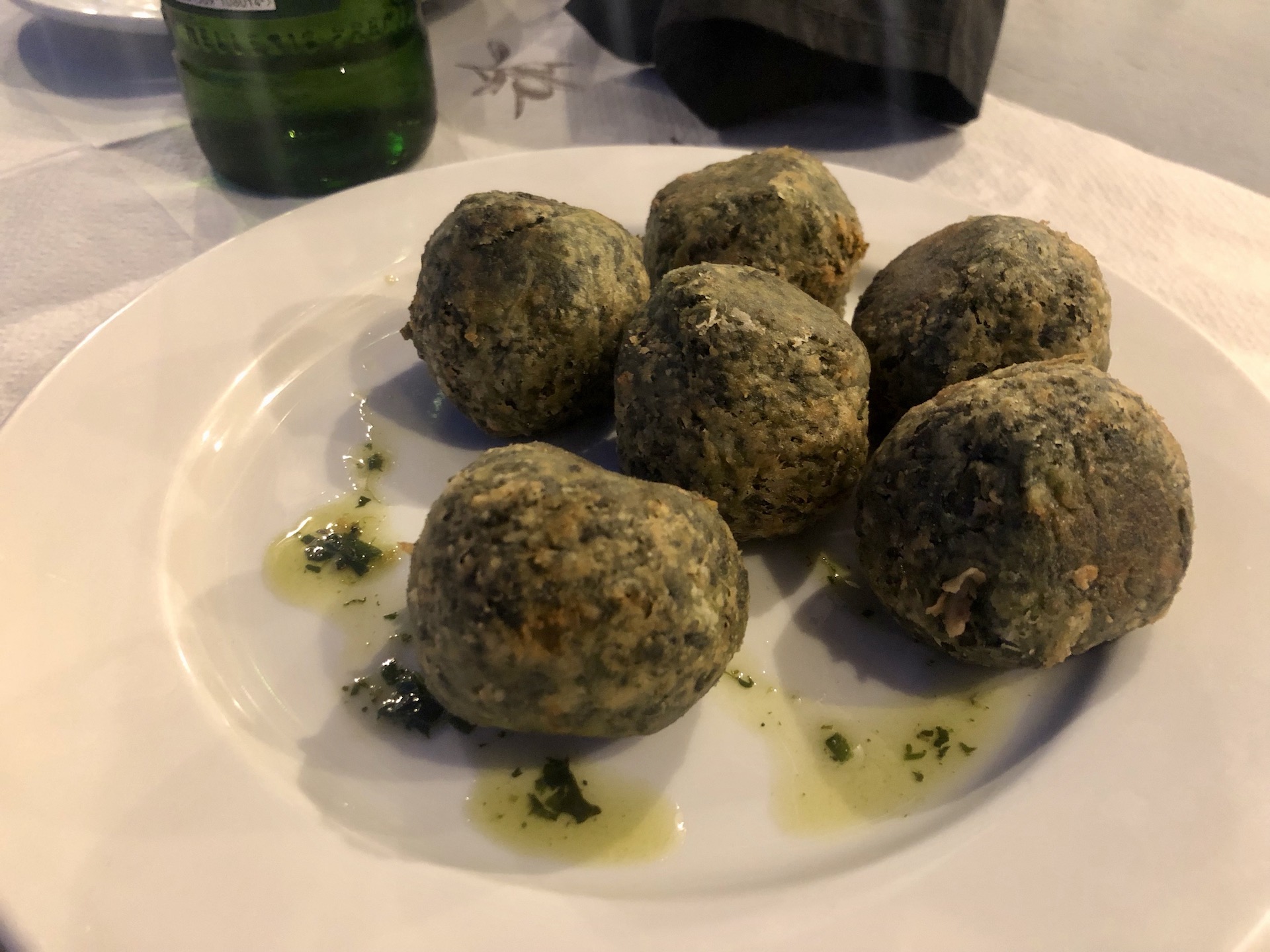 The courteous, humorous and efficient staff there is part of the experience. Margarita’s, although it is outside of Chora at Kleisidi beach, deserves a detour. This place offers the most inventive and surprising cuisine on the island. Sort of Greek food with a twist.

Also, outside of Chora, is the To Agnanti, which unfortunately was closed during our visit, so we cannot give a personal recommendation here, but the reviews are excellent. All of the above restaurants have a view to die for… For a good Greek Souvlaki, Gyros or Pita, head to Sokaki in the very centre of Chora. Combine reasonably priced, simple food with people-watching on the “square”. For sweets, bread and bakery, stop at Maria Nikoli Bakery. Get a homemade müsli-bar with sunflower seeds, sesame and honey for EUR 1.50, these are to die for…

Anafi is a hikers’ island. A map in the centre of Chora indicates all six marked hiking paths that criss-cross the island.

A three-hour hike from Chora brings you to the new Monastery of Zoodochos Pigi which can be visited twice a day, from 11.00am to 1.00pm and from 4.00pm to 6.00pm (check times according to the season). It is beautifully decorated and offers some wonderful photo opportunities. From here, you can hike about an hour or to the abandoned Monastery of Panagia Kalamiotissa, on top of the second largest monolith of Europe (after Gibraltar) called Mount Kalamos at over 450 meters above sea level. This is the absolute highlight of Anafi! During high summer, do the hike early in the morning as the sun during the day can be very strong. Some hikers go up late afternoon with a sleeping bag, enjoy the sunset, the night and the sunrise up there and hike back in the morning. Wear good shoes and bring water. Wear a wind breaker on a windy day, the winds can be mind-blowing.

Along the hiking path nr. 2, from Katsouni to the Monastery of Zoodochos Pigi, you will pass by the old Castelli, which is the location of an ancient city dating back to the 8th century. The ruins are visible and the particular interest here is the old sarcophagus nestled next to the Chapel of Panagia Dokari, dating back to Roman times. Alternatively, you can take a shorter path from the highway, park your car or scooter next to the marked path and make a 20 minute short hike up to the Castelli.

None of the beaches on Anafi are organised. So, bring your own umbrella, towel, water and a snack. The good beaches are all on the south coast which makes them protected from the “Meltemi” north winds that can blow strongly at times.

Due to its remoteness, many beaches of Anafi accommodate a fair part of wild campers living in tents and offer a relaxed hippie atmosphere and nudity is a part of this lifestyle.

The beaches worth a stop are called Kleisidi (no nudity), Katsouni, Roukounas, Agii Anargiri and Monastiri (no nudity), from closest to the furthest from Chora. Our favourite was Katsouni. On arrival there, go all the way left from the pier (when facing the sea) and find your private little space. Note that every year the beaches are different depending how much sand Poseidon offers… 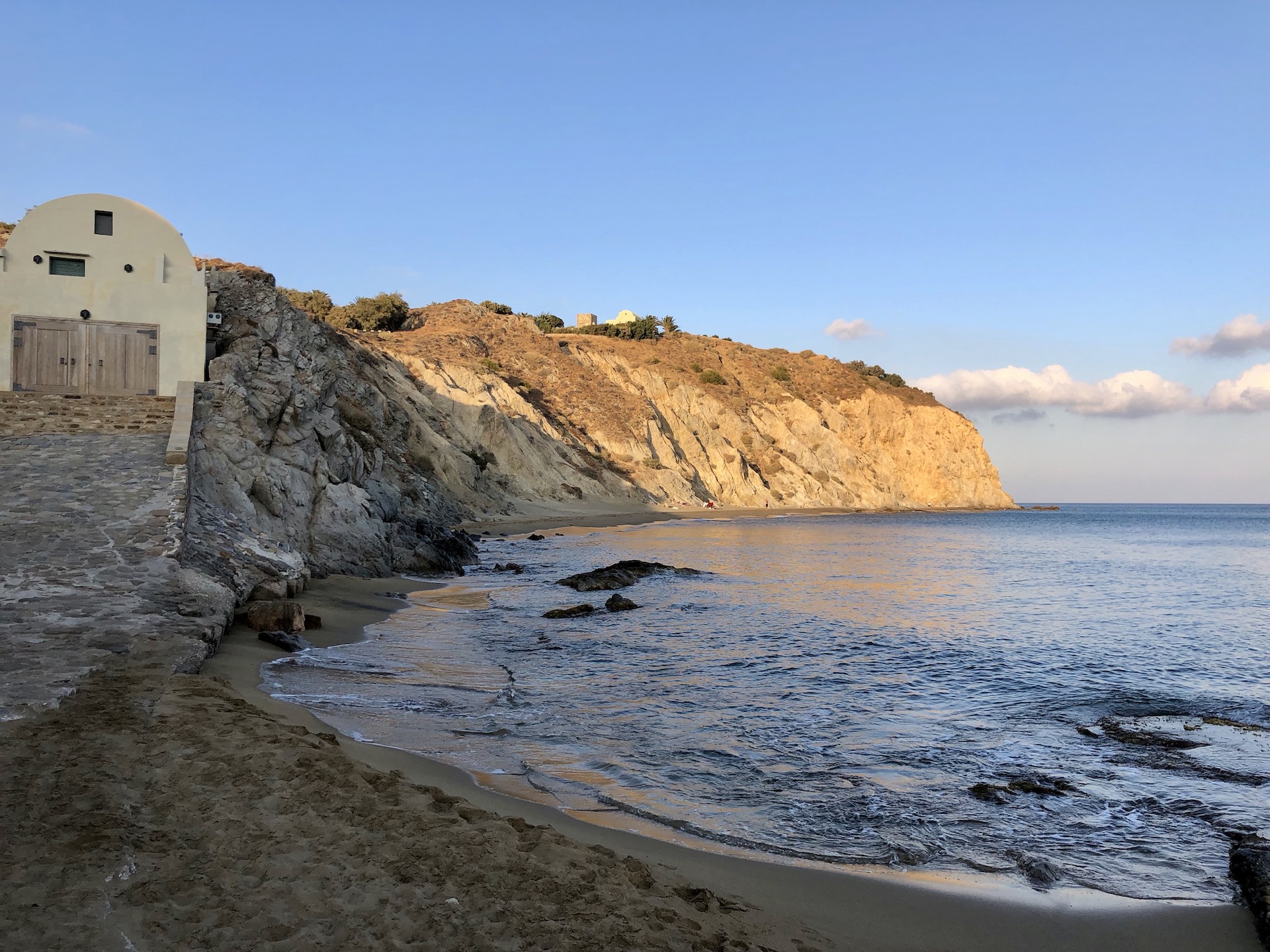 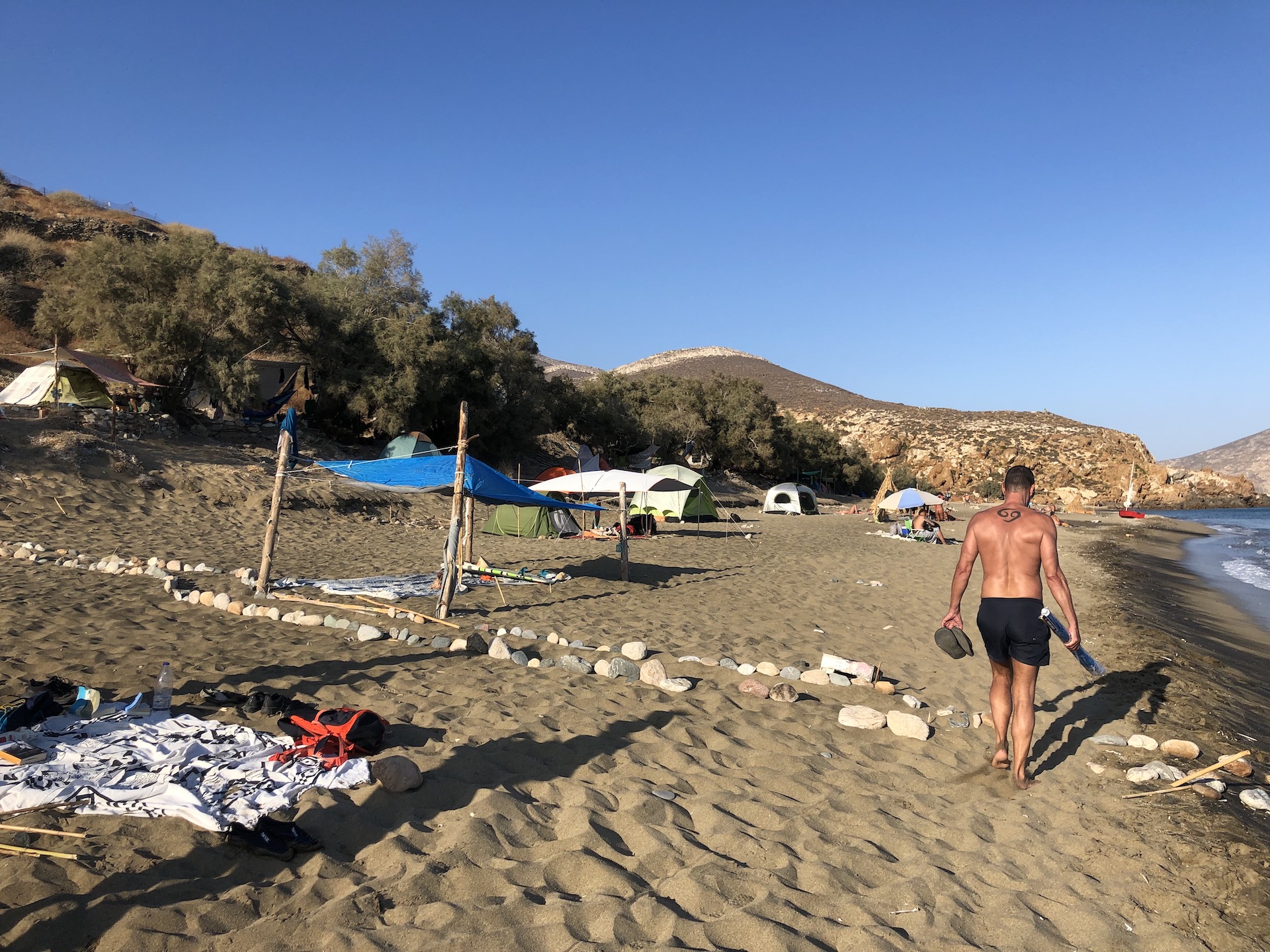 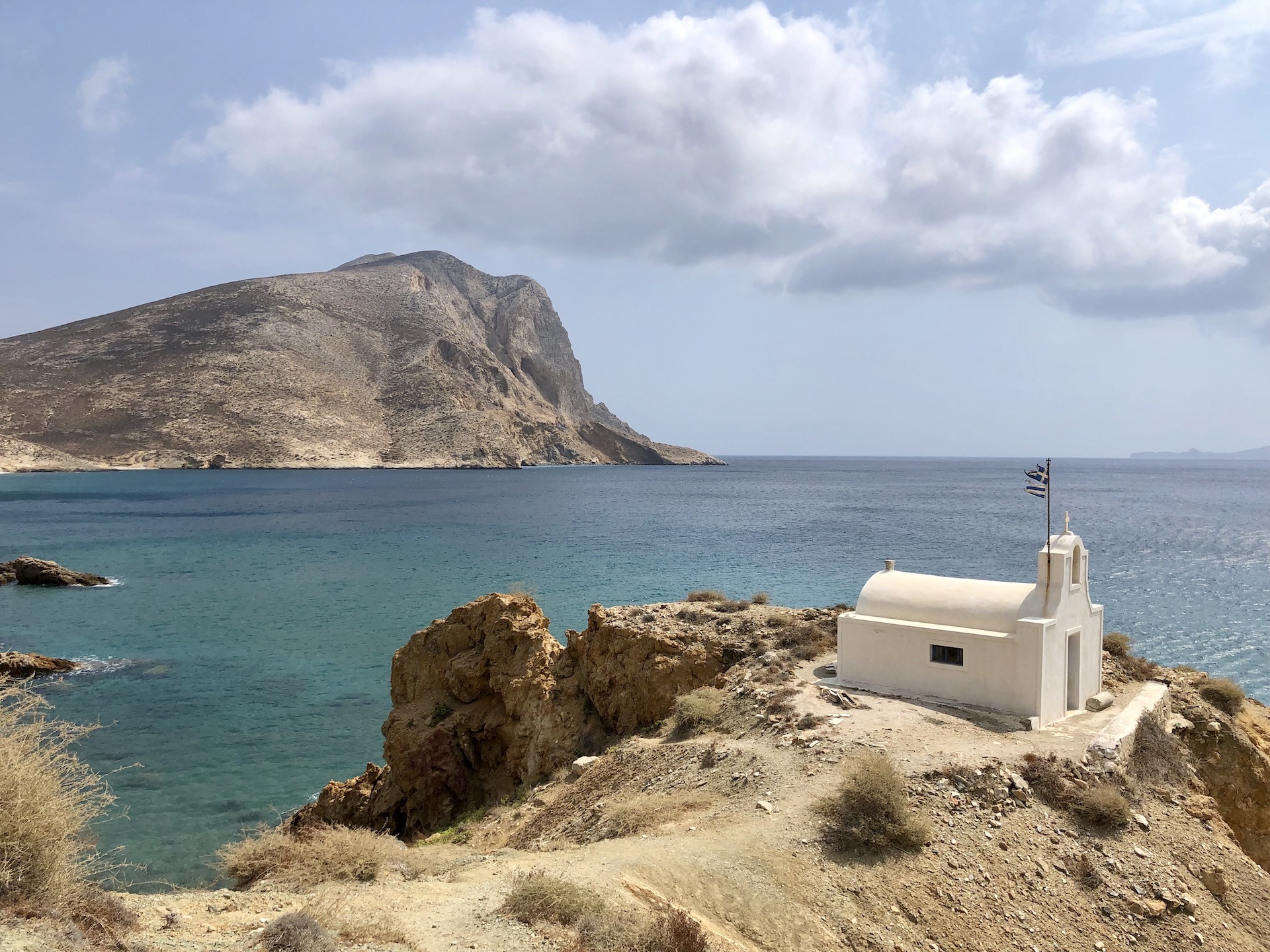 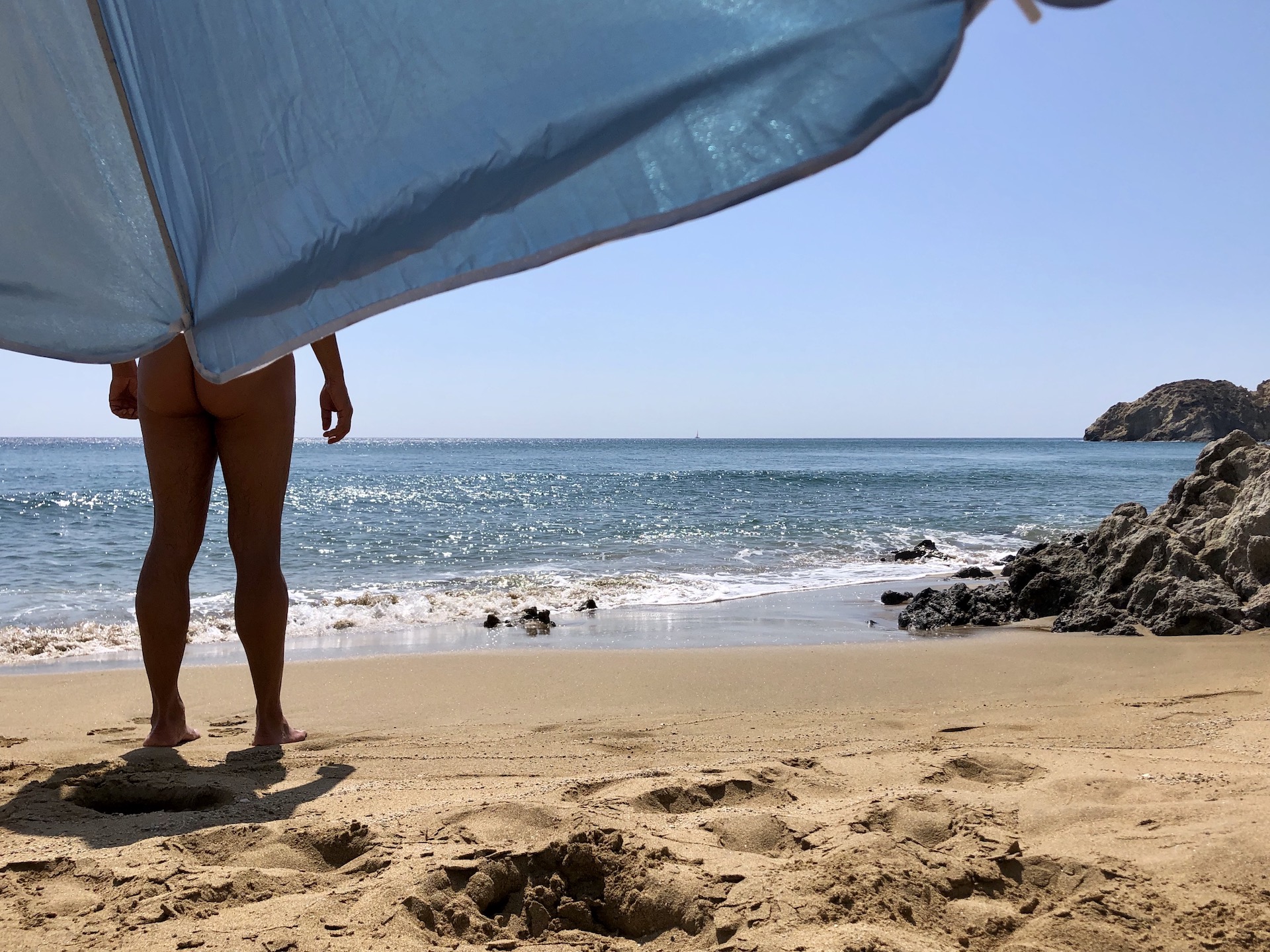 There is a marina being built at the Port of Anafi, intending to attract sailing and other private boats and yachts. Once the marina is complete and functioning, life at the port might intensify with new restaurants and cafés popping up. This will certainly add some choice in the offerings on the island.

In this blog post we use affiliate links. If you choose to click on one and use the services it will be free of any charge for you. We might get a little commission to support our travels. 25 % of all commissions we will donated for charity. We are researching the information given in this guide very carefully but can of course not give any warranty about the correctness as changes often happen quickly. If you experience any, we would be grateful if you would let us know and send an email to contact@thewaywesawit.com

The Way We Saw Anafi

7 ways to a perfect Airbnb